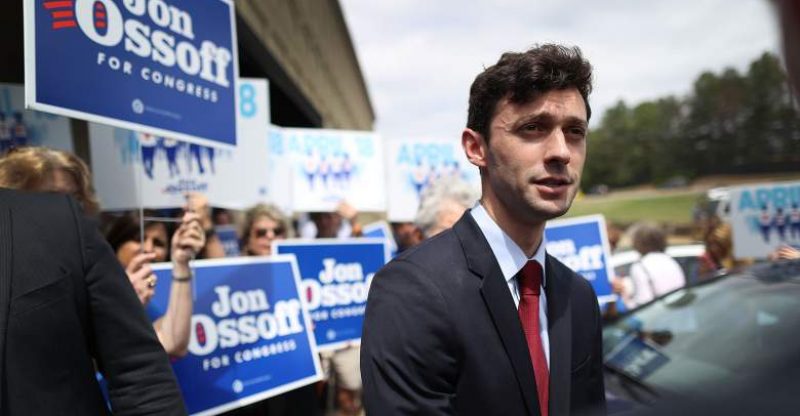 In what had been one of the most watched and hotly contested special elections this year so far in Georgia’s Congressional 6th District to replace Republican Tom Price, who joined the Trump Administration as Secretary of Health and Human Services, Democrat Jon Ossof won 48 percent of the vote on April 18, falling short of the 50 percent required to avoid a run-off. As a result, Ossoff will have to face off against veteran GOP candidate and former Secretary of State Karen Handel in a June 20 runoff. This is an importance race to win as it would serve as a referendum on Trump, as well as hopefully an early indicator of the 2018 midterm elections, where Democrats need to flip over 20 seats to take back majority of the House of Representatives.

Voter registration had initially closed on March 20, including for those entitled to vote in the runoff on June 20. However, as a result of a lawsuit brought by a Washington based advocacy group arguing that the National Voter Registration Act required states to allow anyone to vote in a federal election so long as they register 30 days before that election, and that a runoff counts as an election in and of itself and not just as a continuation of a previous vote, US District Court Judge Timothy Batten ordered that voter registration be opened until May 21.

If you are eligible to vote in GA 6th and have not done so, please make sure you do so by May 21. If you can help others to register to vote, whether by helping out in door-to-door efforts or hosting registration tables in your neighborhood, please do so as well by May 21.

HOW TO REGISTER TO VOTE IN GA 6th:

To find out if you live in the district or to register to vote:
For online voter registration, go to the Secretary of State Office’s website (www.sos.ga.gov) and, under the elections tab, click “Register to Vote.”