Fighting for First State families like mine
Delaware has given me so much. That’s why I’ve spent my adult life giving back to the state I love.

A longtime resident of the 10th Senate District, I’m proud to call Middletown home with my husband, David. I’ve been blessed with an amazing blended family, including five adult children and two grandchildren who I love dearly.

I graduated from Seaford High School, the University of Delaware and received my law degree at Widener’s Delaware Law School.

Like all parents, I wanted the best for my children’s future, and began fighting for it on multiple fronts. My introduction to public service came when I formed my local civic organization in Frenchtown Woods to advocate for school bus service for our community, among other things. Later, I would partner with other community leaders to create the Bear/Glasgow Council of Civic Organizations, which connected communities in a rapidly changing part of the 10th District. I was also proud to serve you as the President of New Castle County Council, where I worked hard to keep taxes low and preserve open space for future generations – including the tract that would eventually become Glasgow Regional Park.

In my professional life, I became an environmental attorney whose focus was on breathing new life into contaminated commercial and industrial properties by working with new businesses to grow or relocate here while, at the same time, cleaning up these properties. I’ve worked on dozens of these projects – an old gas station that has become a community bank, another that is a new dance studio, or an old drycleaners that is becoming a new small business. I have also been a part of the redevelopment of larger projects such as the Wilmington Riverfront, and the new FedEx distribution center in New Castle. Each is a testament to the fact that we don’t have to compromise the environment our children will inherit in order to grow our economy today.

I’m running for State Senate because I care about my children and grandchildren just like you care about yours, and I know how to get results that will make Delaware a place where opportunity abounds for generations to come. 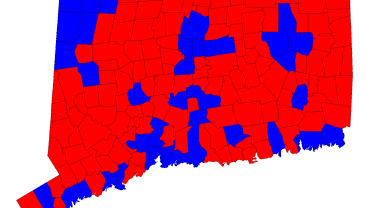