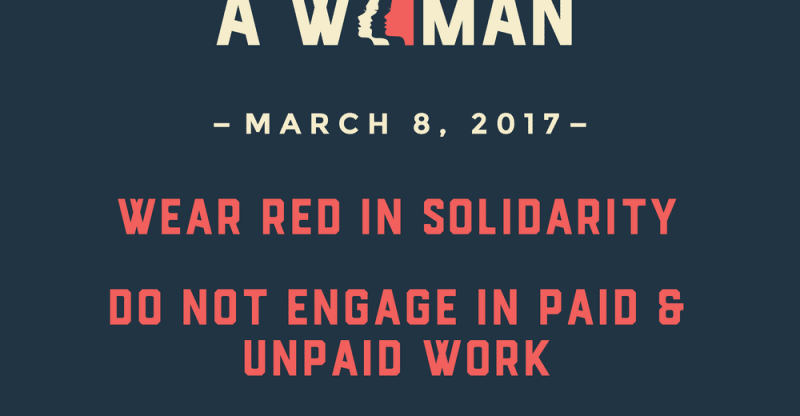 “A Day Without a Woman,” the latest protest effort by the organizers of January’s Women’s March on Washington, is set for this Wednesday, March 8, 2017, coinciding with International Women’s Day, a global event that traces its roots to 1909. According to the organizers (https://www.womensmarch.com/womensday), the intent of the day is to recognize “the enormous value that women of all backgrounds add to our socio-economic system–while receiving lower wages and experiencing greater inequities, vulnerability to discrimination, sexual harassment, and job insecurity.”

Participants are asked to take the day off, from paid and unpaid labor, avoid shopping or spending money for the day (except for small, women and minority owned businesses), and to wear red in solidarity.

Men can also participate and are asked to use the day to increase their support for the various women in their life, such as by taking on more duties at home or with childcare and to push for equal pay for women. Men are also asked to wear red in solidarity. Businesses are asked to close for the day or to give female workers the day off.

The protest has been gaining steam nationally. According to The Hill (http://thehill.com/blogs/floor-action/house/322813-house-democratic-women-to-stage-walkout-for-day-without-a-woman) Rep. Lois Frankel (D-Fla.), chairwoman of the Democratic Women’s Working Group, has stated that “female lawmakers expect to deliver speeches on the House floor in support of the strike, then walk out shortly after the chamber convenes at noon. They also plan to wear red, as suggested by the strike’s organizers.” 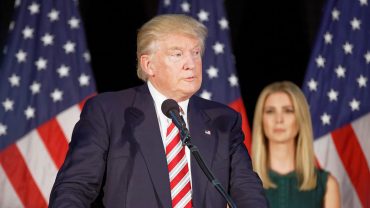